These types of drive place high demands an the tangential belt:

The properties of the Siegling Extremultus A + E line are used to their fullest advantage on this application. The highly-modular, flexible belt design saves energy and minimizes RPM variations in the section of spindles. The precise Z-splice ensures that the belt tracks with little oscillation, treating the machinery gently. Yarn quality and service lives of the drive components increase, energy and maintenance costs drop.

Whether it is twisters, texturing machines, ring spinning frames, double twisters or cover spinning frames the following requirements are increasingly important for the tangential belt:

For the economical mass production of textile machinery, the design of the spindle section with concave or convex drive geometry has proven itself time and time again. The elimination of pressure rollers, the small pulley diameters, the short take-up ranges and in some cases the fluctuating ambient conditions shape the requirements for: 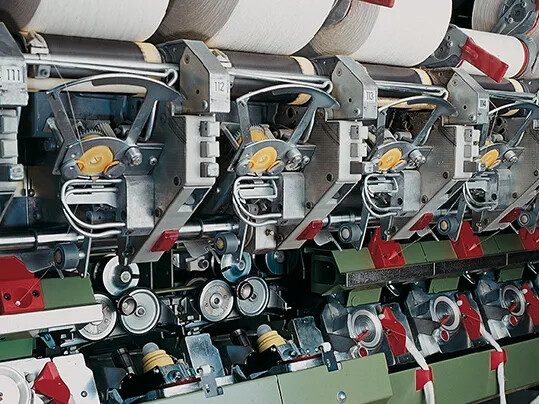 Since the infancy of OE spinning technology, high-efficiency tangential belts from Forbo Movement Systems have been closely associated with rapid increase in rotor speeds. Under the trademark Siegling Extremultus GG 20..., milestones have been set in the development of rotor drive belt technology: 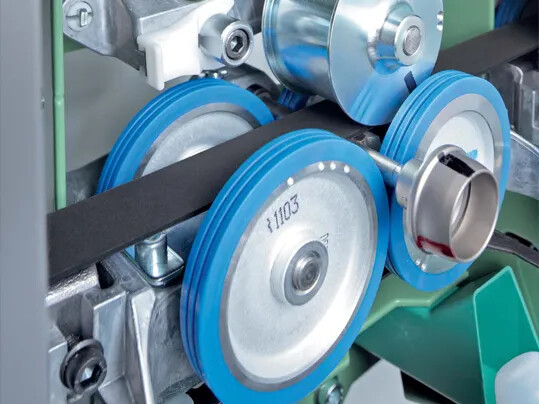 The new, black elastomer coating of the rotor belt does not easily harden, does not vitrify, and will maintain constant friction during the running phase. As a result, consistent, short run-up periods are achieved over the belt’s entire service life.

In combination with optional HP precision grinding, the rotor belts operate quietly with little vibration. The reduction in vibration causes less wear to the twin disc bearing and increases the efficiency and lifetime of the belt.