For schools, proper acoustic performance creates a quiet atmosphere (even if children are running in the corridors) to help children learn. In offices, it reduces stress and aggressiveness. And for hospitals and elderly homes, more peaceful environments help people recover – even if the medical staff is active and noisy. The best way to reduce sound is at the source. That’s why acoustic floors are key when it comes to reducing noise in buildings.

Forbo Flooring is a specialist in acoustic floors. We have more than 32 years’ experience and specific industry knowledge that allows us to deliver best-in-class acoustic flooring for every application. 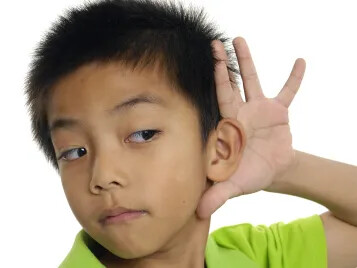 How does it work?

Impact sound made on the floor in 1 room is transmitted through the floor into rooms below. In order to measure the impact sound reduction achieved by a floor covering, impact noise is generated with a hammer machine directly onto the concrete floor slab in an emission room and the sound level (S1) is recorded in the reception room below. The floor covering is then laid onto the concrete slab, the same impact noise is made on the floor covering, and the new sound level (S2) is recorded. The impact sound reduction (EN ISO 717-2) is the difference, measured in decibels, between the 2 sound levels recorded.

The impact sound reduction of Forbo's acoustic project vinyl and linoleum floors ranges from 14 to 19dB. 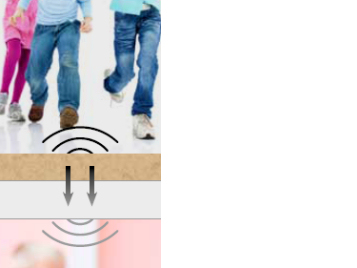 We take the green road

Natural raw materials
Marmoleum is a natural floor made from 97% natural raw materials, 70% of which are rapidly renewable, along with a 43% recycled content. The key raw materials used in its production include linseed oil, which comes from the flax plant seeds, wood flour as production waste from controlled forestry plantations and jute, a crop whose fibres provide the material for the membrane onto which the linoleum is calendared.

Natural habitat
What makes Marmoleum special is that it is created entirely from raw materials obtained from their natural habitat right where they grow and renew, often in just 12 months time. Jute and flax are annual crops that can be harvested just like wheat or corn. Extracting rosin is a continuous process, while wood flour, a waste material from the timber industry, is derived from European production forests. Limestone is available in abundance. 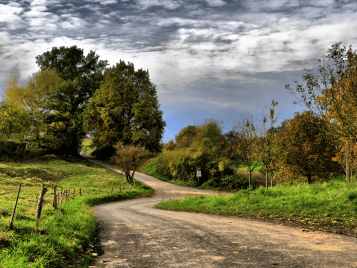 Floor performance in the real world

Topshield2 is a floor finish, developed by Forbo for linoleum. Topshield2 has been designed as a highly performing finish to create a ‘ready to use’ Marmoleum. A floor that requires no initial maintenance or polymer application and is even more resistant to dirt pick-up, less prone to wear and has improved resistance to scratches and stains. Please read everything on Topshield2 on our dedicated web page Go to Topshield2 information 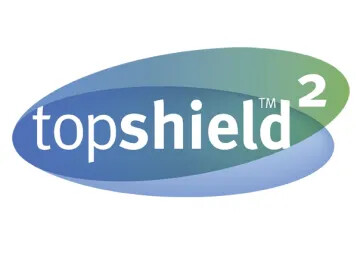 We take pride in creating Marmoleum

The craft of manufacturing linoleum has evolved over the last 150 years. Forbo has been driving this development through its Marmoleum brand. Making Marmoleum is an art, which is not learned at any trade - or craft school. In fact, only a handful of people know how to make Marmoleum. Determining the correct mixture of ingredients, allowing the right time for raw materials to settle, applying the correct temperature and pressure are all skills a Marmoleum Expert must master. We are proud of our experts, as they take pride in creating every piece of Marmoleum.

Impressive references
Over 100 years and more linoleum has found its way in an incredible large number of buildings all over the world; the dining hall flooring for the famous Alcatraz prison in San Francisco, CA, the elegant White House in Washington, DC, or Buckingham palace in London, the Kremlin in Moscow, the German Reichstag , the Sorbonne University in Paris and even Anne Frank's house in Amsterdam (1938) featured linoleum.

Bauhaus institute
One of the expressions of modernism in the arts, crafts and architecture was created through the German Bauhaus institute, which settled in Dessau in 1925. Bauhaus, for many, is the origin of modern architecture that spread from Europe to North America and all over the world. A Forbo Marmoleum classic - “Berlin red” - still can be seen in the restored Bauhaus. 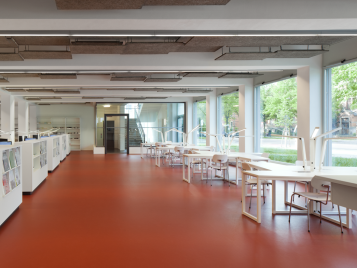