Our responsibility towards our shareholders

We see it as our responsibility to safeguard the interests of our shareholders by being transparent and issuing regular reports on the activities of our business. 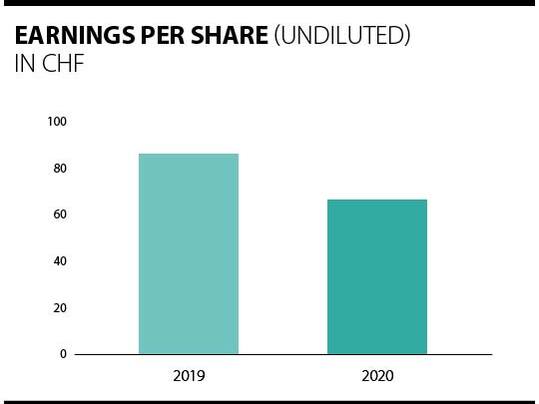 Our investments are wide-ranging, combining the demands of sustainability with efficiency gains in operating processes. In 2020, both divisions concentrated their resources on key activities and strategic projects in the areas of product portfolio, technology, efficiency and optimization of operating processes, infrastructures, and targeted market and capacity expansion. Total Group investments in property, plant, and equipment and intangible assets in 2020 came to CHF 39.7 million, which was CHF 3.7 million, or 10.3%, higher than the previous year (CHF 36.0 million) despite the negative currency effects.

Investments in property, plant, and equipment at Movement Systems came to CHF 19.1 million (previous year: CHF 13.2 million), which marked a significant increase. The division invested larger-than-average amounts in the development and construction of a new product line for homogeneous belts, which involved erecting a new plant in a custom-built production site in Germany. It also invested in injection
molding machines for the production of new series of Prolink plastic modular belts in Denmark and in a custom-built plant including warehousing and logistics facilities, quality control, and administration. In addition to digital programs, upgrades, and technological expansion of production plant, the division also implemented infrastructure projects such as a new thermal oil plant, a new roller bearing system for 5-meter wide belts, and the development of assembly facilities in Colombia. 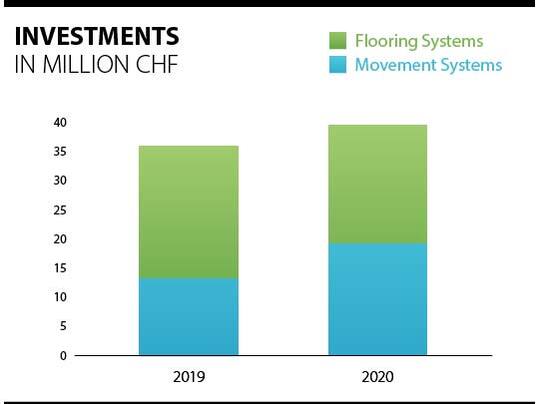