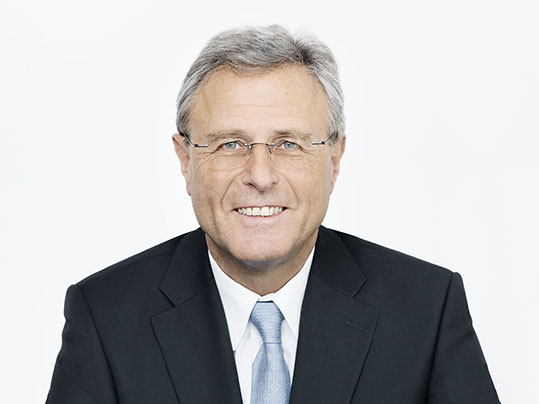 January 2014 – April 2014
Delegate of the Board of Directors, Forbo Holding Ltd.

March 2004 – December 2013
Delegate of the Board of Directors and CEO, Forbo Group

1994 – 1997
Member of the Executive Board of Valora, Managing Director of the canteen and catering division

1984 – 1990
Schmidt-Agence AG (Schmidheiny Group)
Member of the Executive Board, responsible for strategic planning, operations and logistics

Member of the Board of Directors of Rieter Holding AG and Autoneum Holding AG.

Studies in economics at the University of St. Gallen (lic. oec. HSG) and at the Graduate School of Business, Stanford University, California, USA.